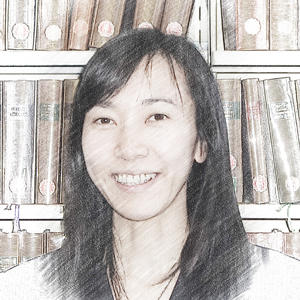 I specialize in French dramas of the 20th century written by Samuel Beckett. Beckett wrote many works in various genres such as novels and dramas (not only for the theatre but also for radio, television, and movies), and I am particularly interested in his works that lie on the dividing line between those that can be performed on stage and those that cannot. In my class, students read the original text in detail and occasionally watch video recordings of theatrical productions.